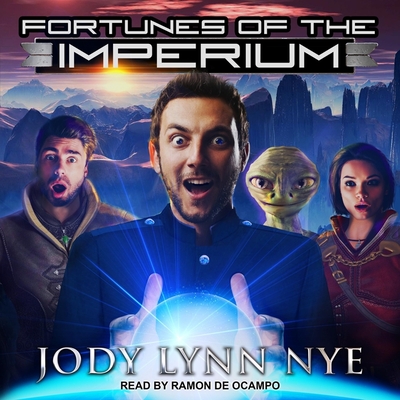 
Special Order—Subject to Availability
Lieutenant Lord Thomas Kinago sets out from the Imperium homeworld for the Autocracy of the Uctu, a galactic region with a geckolike overlord known, eponymously, as the Autocrat. Thomas is ostensibly on a pleasure cruise with his cousin Jil to enjoy the pleasures of the Gecko culture. In fact, Thomas is on a mission for the mysterious Mr. Frank, the head of the secret service, to discover how prohibited goods, including a small fighter ship, are being smuggled into the Autocracy. His crew's overt assignment is to find out why legitimate shippers are being detained at checkpoints, sometimes for months, without explanation. As usual, Thomas's reputation for sudden enthusiasm and goodhearted mayhem precede him. It is all his trusted aid Parsons can do to keep his leader on course. Yet while the Autocrat, a new and fairly young Uctu female, finds Thomas a curious diplomat, she also rather likes him--much to Parsons's relief. It seems Thomas needs free passage within the Uctu home system before he can investigate the illegal contraband trade. What's more, the smuggling ring is quite determined to cancel Thomas's visit before he can cancel them. As usual, it's up to Parsons to find a way to lead his hapless master to victory--or at least keep him from getting himself killed by a very determined enemy.