View from the Imperium (Compact Disc) 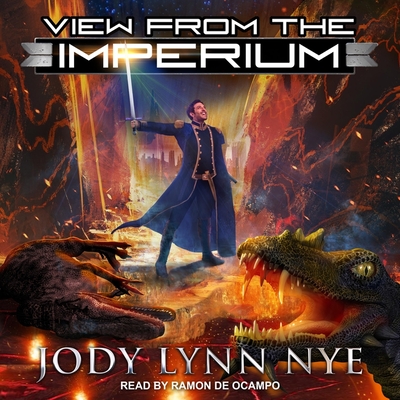 View from the Imperium (Compact Disc)


Special Order—Subject to Availability
P. G. Wodehouse meets space opera, as Ensign Thomas Innes Loche Kinago, fresh from the Academy is given his first command. A crumb from the upper crust, he's eager to uphold the traditions of his family, and in particular, his mother, a distinguished Admiral of the Imperium. Of course, he's aware of the importance of always having simply smashing tailored uniforms on hand, and having his camera ready to record memorable moments for his scrapbook. In the meantime, a charismatic leader has arisen who seems able to control the minds of anyone he meets, and may be on his way to taking over the entire galaxy. Can Kinago's aristocratic bearing and unbridled snobbery stand up to such a challenge? Fortunately, his constant companion, the unflappable Jeeves, er, Parsons, is on hand to look after the young, impulsive master, and somehow help his charge bumble his way through, perhaps even saving the galaxy in the process.