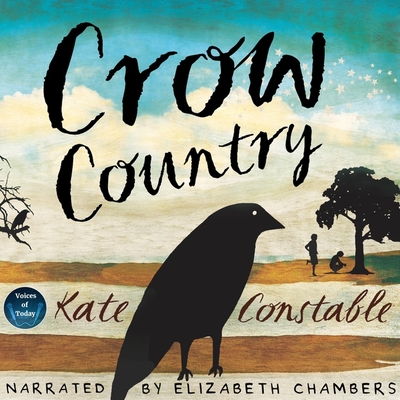 
Special Order—Subject to Availability
Sadie is upset when her mum uproots them from the city to move to the remote small town of Boort. But before long she has discovered a powerful place and crows that speak to her, and she is drawn to two boys, Lachie and Walter. Then Sadie is thrown back in time to witness a dreadful crime in which her family is involved. Sadie, Walter and Lachie must find a way to atone for past wrongs, or be doomed to repeat them. Crow Country won the CBCA Book of the Year, Younger Readers, in 2012 and is studied in many Australian high schools. Kate Constable was born in Melbourne but grew up in Papua New Guinea, within reach of a library where she devoured stories. She studied Arts/Law at university before working in the music industry while she began her life as a writer. Kate had several stories published in literary magazines before realising she was actually a children's and YA author. Kate has written eleven novels for young people, including the internationally-published Chanters of Tremaris fantasy series. She lives on Wurundjeri country in a northern suburb of Melbourne. Text copyright 2011 Kate Constable. Production copyright 2021 Elizabeth Chambers. Produced by Sarah Bacaller for Voices of Today.