Take Me to the Sea (Paperback) 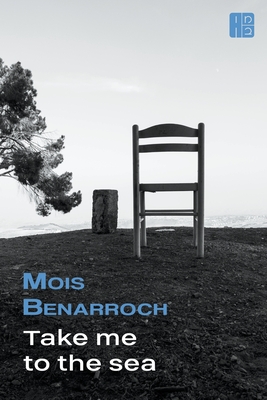 Take Me to the Sea (Paperback)

Hailed as one of the leading Israeli poets, Benarroch's poetry has been published in a dozen languages, including Urdu and Chinese. Julia Uceda considers that Benarroch holds the memory of the world in his poetry, while Jose Luis Garcia Martin thinks that his poems are more than poetry, they are a document. A witness of his time, Benarroch started writing poetry when he was 15, in English, and has always written in his mother tongue Spanish. When he was 20 he also added Hebrew to his poetry languages and he has published six poetry books in Israel.
"If I had a nomination vote for the Nobel prize he'd be in the running." Klaus Gerken, Ygdrasil editor.
His reputation has been steadily growing and his books have been published in Spain, Israel and the U.S.A. He was awarded the prime minister literary prize in 2008, and The prestigious Yehuda Amichai poetry prize in 2012.

If You See Me in the Street

and I don't say hello to you

or that I am trying to hurt you

if you see me in the street

and I am thinking another poem

that connects between my legs

and the town where I was born

if you see me in the street and I don't say

it is not a declaration of war

In the Land of Immigrants

In the land of immigrants

people say to me

maybe your feeling is the feeling

I speak and you stay silent

I cry and you laugh

I shout and you mock

I explain and you categorize

I feel pain and you run away.

it took me twenty years to learn to cry in Hebrew

then my words became mild

as a stone whose secret has been revealed by the rain

that it was made of sand.

TAKE ME TO THE SEA is a selection of Benarroch's early, and some say his best.