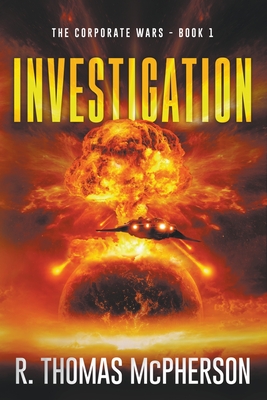 Anteagen, the home world of the Wilson Corporation. Rick remembered the history lesson. This world was a new beginning for the Wilson corp. This was the first habitable planet that Jeb Wilson discovered. The Corporation had been roaming the galaxy for thirty years, after leaving earth. Once they found this planet, it was the promise land. A place to put down roots and expand the population.

There were areas of green fertile land with enough water on the planet to make a new start. In the beginning there was peace and plenty. Other worlds were found and colonized but none were as lovely as Anteagen. That is why The Wilson Corporate based their headquarters here.

The problem was that man brought his hostile nature with him. After three hundred years the grotesqueries of human nature started to show itself again. That's where Rick came in. Rick Thompson an investigator for the Wilson Corporation is set on a case that leads him though action and adventure.