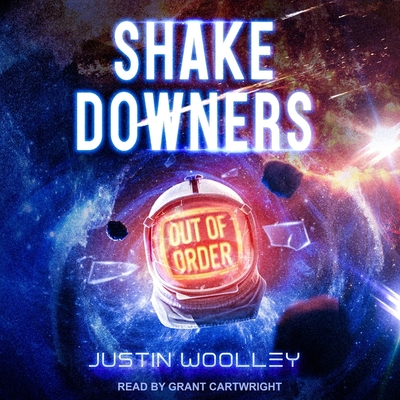 
Special Order—Subject to Availability
Some starship captains explore strange new worlds, seeking out new life and new civilizations. Some lead missions of discovery through wormholes to the other side of the galaxy. Then there's Captain Iridius B. Franklin, someone who spent too long seeking out strange new bars and new alien cocktails. After graduating bottom of his class at Space Command Academy Iridius Franklin hasn't had the glamorous career he envisioned, instead he hauls cargo ships full of mining waste, alien land whale dung, and artificially intelligent toy dogs across the stars. Iridius does have talent though--he is exceptionally good at breaking starships. So, when not hauling freight, he is captain of a shakedown crew, a skeleton crew used to test newly constructed ships for faults before the real crew takes over. While on a routine shakedown mission aboard the FSC Gallaway, soon to be pride of the Federation Fleet, Earth is attacked by an unknown alien life-form. With the galaxy in chaos, Captain Iridius B. Franklin finds himself, unqualified, understaffed and completely unprepared, in command of the most advanced starship in the galaxy. Now, he just needs to not break it.