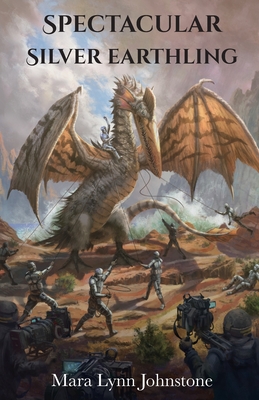 Hubcap used to be a rescue bot, getting humans out of every boneheaded scrape imaginable. His new career as a TV star suits him much better: he can poke fun at the humans instead, while harvesting jetpods and tackling alien predators faster than any of them. It doesn't hurt that he's also immune to the mysterious "space frenzy" that keeps sending his coworkers into a froth. The robot worries for his human friends, though he would never admit it. Not when it's much more fun to deploy weapons-grade sass.

Making sure the meatheads don't kick the bucket while filming is hard enough, but when a rival show pops up aiming to steal their sponsor, the pressure is on. Hubcap has to film the most spectacular footage yet, while avoiding dangerous wildlife, plantlife, and emotions.

The frenzy is getting worse, and this planet might not be uninhabited after all. The entire galaxy is watching. Time is short. But if anyone is up to the task, it's the robot with skills second to none, and an ego to match.