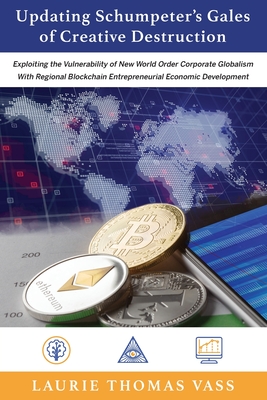 A well organized, and well financed global political movement is attempting to replace the American state sovereignty model of government with a one-world government, called the "New World Order."

The movement is led and managed by Klaus Schwab, the CEO of the World Economic Forum, who conducts the annual WEF forum in Davos, Switzerland. The forum in Davos is attended by representatives from the United Nations, political activist groups and global central banks, who share the mission of implementing the New World Order.

There is very little public discussion in America about the intent and implications of the New World Order. Neither the Democrat nor Republican Party offer any resistance or strategy to counter the global political movement.

Our book explains how the New World Order currently operates, and its long-term strategy of world domination by a type of one-world government structure called corporatism.

We explain the vulnerability of the New World Order to an economic model called blockchain entrepreneurial capitalism.