The Alasiya War: Adventures in the Paleolithic (Paperback) 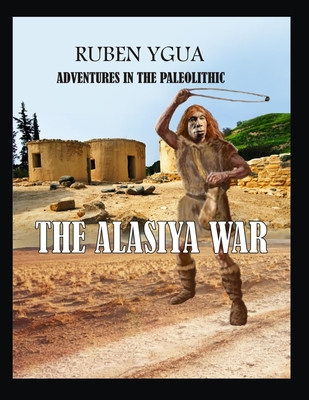 The Alasiya War: Adventures in the Paleolithic (Paperback)


Not On Our Shelves—Ships in 1-5 Days
(This book cannot be returned.)
Centuries before the first pharaohs, when the great kingdoms were not yet born, primitive tribes constituted the first societies in the valleys of the great rivers Nile, Euphrates and Tigris, in Anatolia and on the edge of the desert.
Sedentary villages existed millennia before agriculture and the domestication of animals, their inhabitants were hunter-gatherer clans, who practiced a nomadic life only when climatic changes affected the resources of their territory.
These people organized communities that maintained an intense trade in the middle of the Stone Age, exchanging the most diverse products, sometimes transported more than two thousand kilometers from their place of origin without the help of any animal.
Before pottery, before the spread of the use of copper, before the domestication of the horse, before the plow... complex societies of hunters collected wild cereals to make wheat and barley flour, drank beer, consumed bread... and erected sanctuaries and temples, which archaeology has just begun to glimpse.
At the dawn of time, the first chapters of human history unfolded in a time when only one animal had been domesticated: the dog.
However, mankind was not abandoned to chance, powerful gods watched... and sometimes helped.