Story About Vietnam War: Revealing The Secret Stories Of The War In Vietnam: Discover Extraordinary Soldier'S Life Of Reaper 6 (Paperback) 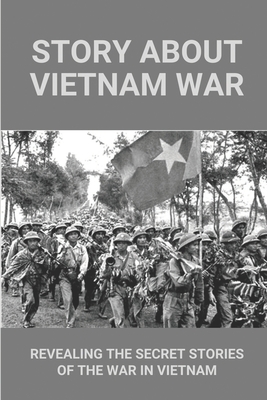 Story About Vietnam War: Revealing The Secret Stories Of The War In Vietnam: Discover Extraordinary Soldier'S Life Of Reaper 6 (Paperback)

The Vietnam War, also known as the Second Indochina War, was a conflict in Vietnam, Laos, and Cambodia. It was the second of the Indochina Wars and was officially fought between North Vietnam and South Vietnam.

Staff Sergeant Larry FitzGerald, of the U.S. Army Special Forces, led a special Black Ops team deployed to Vietnam in 1965. He reported to only two men: General Westmoreland and General Abrams, who were in command of the U.S. Armed Forces. His first assignment-a suicidal mission to assassinate four enemy generals in Laos who were planning the 1967 Tet invasion-was never disclosed to the media or the public.
This book is the only biography of this extraordinary soldier's life, capturing the very sights, sounds, and smells of the Vietnam War. Today, Larry is the proverbial "last man standing" of 89 souls who went where lesser soldiers shouldn't dare.