My Myths, Lies and Legends (Paperback) 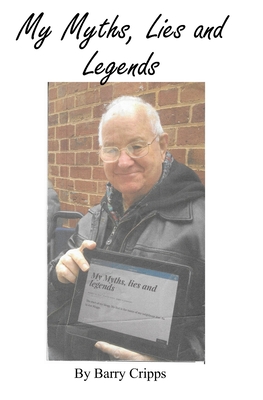 My Myths, Lies and Legends (Paperback)


Special Order—Subject to Availability
(This book cannot be returned.)
Born in Victoria in the depths of the great depression, the first child of a young schoolteacher and his wife, Barry's formative years were spent in rural Victoria, during the second world War. His father's failing health caused him to leave school midway through high school, and he began work as a junior clerk with the Victorian Railways when he was just fifteen years of age. The pages which follow were originally written as a history of his life, for the information of his children and grand-children. It is his hope that they, and perhaps others, will enjoy reading this record of the life of this most ordinary of men, and that it may serve to encourage any who might feel themselves short-changed in the lottery of life. His story shows that success may come in a variety of ways and that lack of formal education in one's youth may not prevent development later in life. His achievements in the greatly diverse fields of aviation and later, psychology, may serve to inspire others to reach beyond conventional limitations, and develop whatever gifts or ambitions one may have.