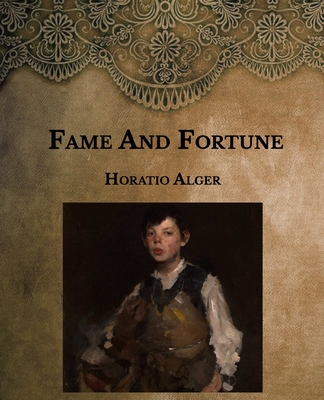 
Special Order—Subject to Availability
(This book cannot be returned.)
The room which yielded so much satisfaction to the two boys was on the fourth floor of a boarding-house in Bleecker Street. No doubt many of my young readers, who are accustomed to elegant homes, would think it very plain; but neither Richard nor his friend had been used to anything as good. They had been thrown upon their own exertions at an early age, and had a hard battle to fight with poverty and ignorance. Those of my readers who are familiar with Richard Hunter's experiences when he was "Ragged Dick," will easily understand what a great rise in the world it was for him to have a really respectable home. For years he had led a vagabond life about the streets, as a boot-black, sleeping in old wagons, or boxes, or wherever he could find a lodging gratis. It was only twelve months since a chance meeting with an intelligent boy caused him to form the resolution to grow up respectable.