The Chessmen of Mars Illustrated (Paperback) 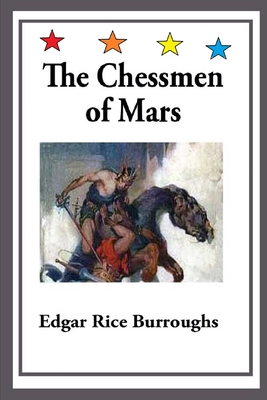 The Chessmen of Mars Illustrated (Paperback)


Special Order—Subject to Availability
(This book cannot be returned.)
Impetuous and headstrong is Tara, Princess of Helium and daughter of John Carter. Tara meets Prince Gahan of Gathol, and is initially unimpressed, viewing him as something of a popinjay. Later she takes her flier into a storm and loses control of the craft, and the storm carries her to an unfamiliar region of Barsoom. After landing and fleeing from a pack of ferocious Banths Martian lions she is captured by the horrific Kaldanes, who resemble large heads with small, crab like legs. The Kaldanes have bred a symbiotic race of headless human-like creatures called Rykors, which they can attach themselves to and ride like a horse. While imprisoned, Tara manages to win over one of the Kaldanes, Ghek, with her lovely singing voice.