The Blue Gonfalon: At the First Crusade (Paperback) 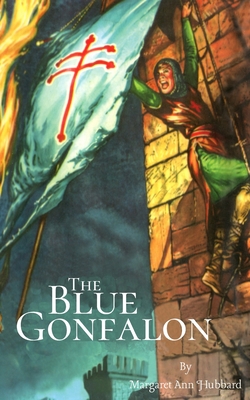 The Blue Gonfalon: At the First Crusade (Paperback)


Not On Our Shelves—Ships in 1-5 Days
(This book cannot be returned.)
No matter that a peasant's son could never see the realization of such a fantastic dream, Bennet wanted to become a knight. In his spare time, Bennet practiced heartily and hoped that somehow he might be chosen as a castle squire, as the first step towards his desire. Then one day Peter the Hermit traveled through Lorraine, describing horrible crimes committed by infidels in Jerusalem and calling for an army of Catholics to march to Palestine. When Godfrey took the crusader's cross for the First Crusade, he asked Bennet to be his squire on the journey to the Holy Land. With the blue gonfalon flying at the front of the French troops, Bennet began the long march to Jerusalem. The Catholics bravely heeded the call toward adventure, danger, and the possibility of immortal glory for God.