The Republic of Zimbabwe: The History and Legacy of the Nation Since Its Independence from the British Empire (Paperback) 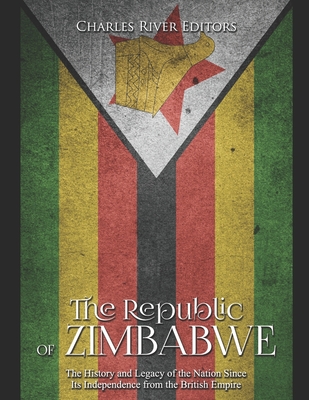 The Republic of Zimbabwe: The History and Legacy of the Nation Since Its Independence from the British Empire (Paperback)


Not On Our Shelves—Ships in 1-5 Days
(This book cannot be returned.)
*Includes pictures
*Includes a bibliography for further reading
"The only white man you can trust is a dead white man." - Robert Mugabe
The modern history of Africa was, until very recently, written on behalf of the indigenous races by the white man, who had forcefully entered the continent during a particularly hubristic and dynamic phase of European history. In 1884, Prince Otto von Bismark, the German chancellor, brought the plenipotentiaries of all major powers of Europe together, to deal with Africa's colonization in such a manner as to avoid provocation of war. This event-known as the Berlin Conference of 1884-1885-galvanized a phenomenon that came to be known as the Scramble for Africa. The conference established two fundamental rules for European seizure of Africa. The first of these was that no recognition of annexation would granted without evidence of a practical occupation, and the second, that a practical occupation would be deemed unlawful without a formal appeal for protection made on behalf of a territory by its leader, a plea that must be committed to paper in the form of a legal treaty.
This began a rush, spearheaded mainly by European commercial interests in the form of Chartered Companies, to penetrate the African interior and woo its leadership with guns, trinkets and alcohol, and having thus obtained their marks or seals upon spurious treaties, begin establishing boundaries of future European African colonies. The ease with which this was achieved was due to the fact that, at that point, traditional African leadership was disunited, and the people had just staggered back from centuries of concussion inflicted by the slave trade. Thus, to usurp authority, to intimidate an already broken society, and to play one leader against the other was a diplomatic task so childishly simple, the matter was wrapped up, for the most part, in less than a decade.
There were some exceptions to this, however, the most notable of which was perhaps the Zulu Nation, a centralized monarchy of enormous military prowess that required a British colonial war, the storied Anglo-Zulu War of 1879, to affect pacification. Another was the amaNdebele, an offshoot of the Zulu, established as early as the 1830s in the southeastern quarter of what would become Rhodesia, and later still Zimbabwe, in the future. Both were powerful, centralized monarchies, fortified by an organized and aggressive professional army, subdivided into regiments, and owing fanatical loyalty to the crown. The Zulu were not dealt with by treaty, and their history is perhaps the subject of another episode of this series, but the amaNdebele were, and early European treaty and concession gatherers were required to tread with great caution as they entered their lands. It would be a long time before the inevitable course of history forced the amaNdebele to submit to European domination. Although treaties and British gunboat diplomacy played a role, it was ultimately war, conquest, and defeat in battle that brought the amaNdebele to heel.
Rumors of gold in the land helped lead to Cecil John Rhodes obtaining a royal charter in October 1889 for a private company to exploit the resources. After tricking the amaNdebele with a dubious agreement, members of Rhodes' company began to establish a fledgling colony, and after the British defeated the amaNdebele and began driving them away from the land during the First Matabele War, the seeds were sown for two colonies to take root. But little did the British know just how politically turbulent those efforts would be, and how much more fighting would have to take place to consolidate their position.
The Republic of Zimbabwe: The History and Legacy of the Nation Since Its Independence from the British Empire chronicles the various independence movements, the conflicts that ensued between different nationalist groups in the region, and the controversial reign of Mugabe.