Temples of The African Gods: Decoding The Ancient Ruins of Southern Africa (Paperback) 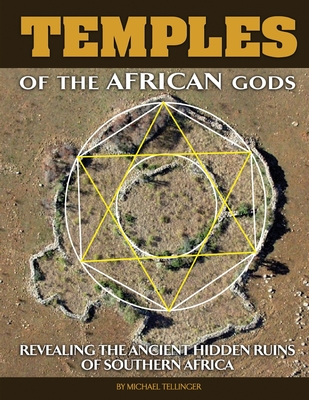 Temples of The African Gods: Decoding The Ancient Ruins of Southern Africa (Paperback)


Not On Our Shelves—Ships in 1-5 Days
(This book cannot be returned.)
South Africa and Zimbabwe are home to the largest cluster of ancient stone ruins found to date on Earth. Adam's Calendar is at the centre of it all - the oldest functioning megalithic Sun Calendar found to date. Since 2007, more than 5 million circular stone structures have been identified by Michael Tellinger and a small group of independent researchers. These structures are not "stand-alone" stone circles - they are all connected to each other by channels of stone, and held in a large mesh of agricultural terraces that cover entire mountains and resembles a never-ending spider's web. The great mystery is that the original stone structures have no doors or entrances - indicating that they were not originally constructed as dwellings for people or animals. Additional research and the discovery of mysterious tools and artefacts, indicate that the builders had an advanced knowledge of Cymatics - study of sound - and knew how to use sound as a tool. Together with many ancient gold mines, all this activity has been dated with various scientific techniques to well over 100,000 years - and provides much support for the presence of the Sumerian Anunnaki on Earth - mining gold in Southern Africa. A place often referred to as the ABZU. Scholars have told us that the ﬁrst civilization on Earth emerged in a land called Sumer some 6000 years ago. These archaeological ﬁndings in southern Africa suggest that the Sumerians inherited much of their knowledge from an earlier civilization that emerged many thousands of years before them in southern Africa, the cradle of humankind.