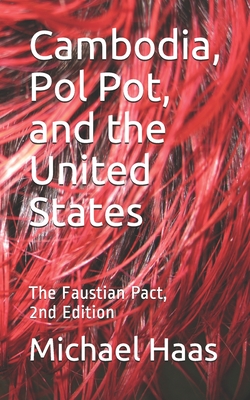 
Not On Our Shelves—Ships in 1-5 Days
(This book cannot be returned.)
United States foreign policy toward Cambodia has been a disaster. Based on interviews with more than 100 public officials, evidence is presented that Washington created the Khmer Rouge, sustained the Khmer Rouge with more than $70 million in and nonlethal aid and more in military assistance--a Faustian Pact based on neorealist realpolitik strategy based on Cold War thinking even after the end of the Cold War. Under pressure nationally and internationally, Washington stopped supporting the Khmer Rouge and agreed to a peace agreement developed by Australia, France, and other countries. The first edition of the book provides a detailed description of exactly who and what happened, including a discussion of an alternative strategy--pluralist foreign policy based on the "Asian Way" of diplomacy. The second edition, written three decades later, demonstrates how American foreign policy tried to cultivate democracy in Cambodia but failed because China was able to provide more aid and investment--but with strings attached. The new Faustian pact binds Phnom Penh with Beijing. In both editions the alternative foreign policies are examined quantitatively by Options Analysis. In the first edition, the analysis demonstrates why calculations were so wrongheaded. The second edition evaluations options for current policymaking by Washington toward Cambodia, with surprising conclusions regarding how to promote democracy in a country that has been a one-party state that violates democratic norms and prefers the prosperity that China has brought despite the consequences of deterioration of the environment, new health problems, increased slumdwellers, and a debt that Phnom Penh may never repay to Beijing. Both editions provide a sobering account of the failure of American policy to achieve democratic goals.