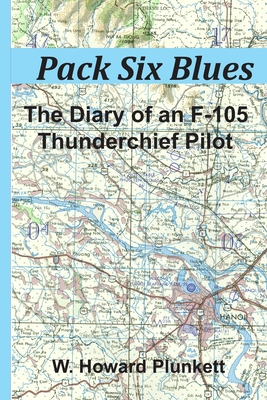 
Not On Our Shelves—Ships in 1-5 Days
(This book cannot be returned.)
During the Vietnam War, bombing targets around Hanoi in North Vietnam's Route Pack Six was not conducive to a long life. The loss rate for Air Force aircraft in this area was six times higher than for the rest of North Vietnam. It took exceptional bravery to fly missions to Hanoi; each pilot coped in his own way. The F-105 pilot in this book poured out his fears in a daily diary. He wrote about his emotional highs and lows during his struggles in 1966 to fly 100 missions and return to his family. Did he make it? To find out, fly with him in Pack Six Blues.