The Cats!: Volume 2: The Cadence of Their Time (Paperback) 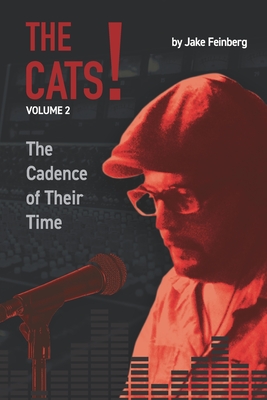 The Cats!: Volume 2: The Cadence of Their Time (Paperback)


Not On Our Shelves—Ships in 1-5 Days
(This book cannot be returned.)
On The Jake Feinberg Show (radio) and in Facebook Lives, Jake Feinberg has conducted over 1,500 interviews with "The Cats"-popular musicians across the spectrum. His unique interviewing style puts musicians at their ease, inspiring them to reflect candidly on topics familiar or unexpected. This second volume of striking extracts from the interviews examines how, back before drum machines and pitch correction were invented, before clubs and music stores declined, before diddy bop danced up, before radio became networked and homogenized, we had regional markets and local beats. Neighborhoods mentored their young musicians. The relaxed format of the innumerable clubs encouraged jamming and sitting in. Artists, black and white alike, were nourished by camaraderie and brotherhood. The US embraced great performers from other cultures. Leaders trusted their sidemen and brought out the best in them. Jake's book improvises freely on that "Cadence of Their Time," extracting its juicy essence.And what now? How can musicians influence the cadence of our own time and the time to come? Through fairness, connection, striving for excellence, trusting each another, digging deep, playing what they don't know, moving beyond the categorization of genres, keeping the faith, creating transcendent experience for themselves and their audiences, embracing individuality and difference. It's all in the book, too.