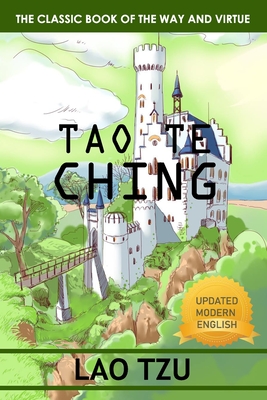 Tao Te Ching - The Classic Book of The Way And Virtue

The Tao-Te-Ching is an anti-authoritarian treatise which posits that the way of virtue lies in non-action (Wu Wei) through a recognition of the natural, universal force known as the Tao.

The Tao flows without effort and, like water, goes where it will without striving and effects change and growth. To be virtuous, one should emulate the Tao and engage in non-action (not forcing an effect or outcome).

Human-made laws, it claims, cannot make one virtuous and cannot contribute to good behavior, inner peace, or empathy with others because they are not in tune with nature. It is only by recognizing the Tao, and one's connection to it and all things, that one may achieve these goals.

To recognize the Tao, one must know what it is, and so it is defined in the first chapter:

The Tao (The Way) that can be spoken of is not the Constant Tao;
The name that can be named is not a Constant Name.
Nameless, is the origin of Heaven and Earth;
The named is the Mother of all things.
Thus, the constant void enables one to observe the true essence.
The constant being enables one to see the outward manifestations.
These two come paired from the same origin.
But when the essence is manifested, it has a different name.
This same origin is called "The Profound Mystery."
As profound the mystery as it can be,
It is the Gate to the essence of all life.

Lao Tzu was an ancient Chinese philosopher and poet, well-known for penning the book Tao Te Ching. He was the founder of philosophy of Taoism, a religious and ethical custom of ancient China.

He is largely respected as a religious deity in various traditional Chinese religious schools of thought. He is also believed by some to be an older contemporary of the famous philosopher Confucius.

The 'Tao Te Ching', literally meaning 'The Way and Its Power' presents the idea of 'Tao' as being the end all and be all of existence. It is extremely powerful, yet down to earth.

It is the source of all being in the world. The book intends to guide people on how to return to the laws and ways of nature to maintain the balance of the Tao.

Lao Tzu's philosophy was a simple one. He was against putting effort and striving, as he thought struggle is not only futile but also hinders productivity.

In his theory of 'wu-wei', he advises to simply do nothing. By this he means not to go against the forces of nature, wait for the gush of events nature brings to you and dive right in. He advised not to struggle to change the natural order of things, but to bring spontaneity to one's actions as one holds on to the nature's way of life.

Followers of Taoism believe that striving for nothing will never lead them to failure. The one who has never failed is always successful, thus becoming powerful.

Lao Tzu's journey began as he set foot towards the western border of China, currently Tibet. He was saddened by what he saw around him: men being diverted away from nature and the goodness it brings.

A guard he met on the border asked Lao to write down his teachings as he went. This is when he wrote the famous Tao Te Ching, a 5,000 character account of his thoughts and philosophical ideas.