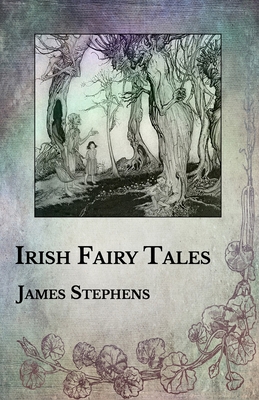 
Special Order—Subject to Availability
(This book cannot be returned.)
Irish Fairy Tales by James Stephens. James Stephens' "Irish Fairy Tales," brings to vivid life the exciting days of ancient Ireland when Conn of the Hundred Battles was High King at Tara and the great Fionn mac Uail led the Fianna against the enemies of Ireland. Fionn mac Uail was a hunter-warrior of Irish mythology (appearing also in the mythologies of Scotland and the Isle of Man). The stories of Fionn and his followers, the Fianna, form the Fenian cycle or Fiannaidheacht. Fionn was the son of Uail, leader of the Fianna, and Muirne, daughter of the druid Tadg mac Nuadat who lived on the hill of Almu in County Kildare. From this beginning Fionn becomes the greatest warrior in Irish mythology.