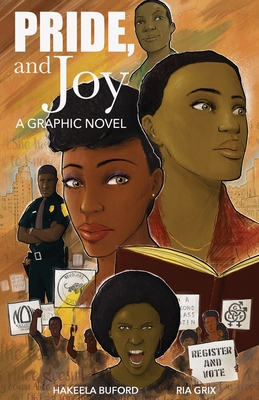 The time is a year after Martin Luther King Jr.'s passing, the summer of 1969, a time when everyone around the country is fighting for a cause: political seats, Black power, gay rights, female rights, anti-desegregation. Then there exists two individuals in the South, two Black women, who only want to fight for one thing: one that comes with a price.

Recent English grad and aspiring yet stalled author, Tammy Parnell, returns to her hometown of Richmond, Virginia to a premier editor gig at the city's only Black-owned radio station, to the same mourning absence of her deceased mom, and to her older Black Panther-inspired cousin, Alice just before the hours of June 28, the Stonewall Riots of 1969 at Stonewall Inn.

The infamous, underhanded annexation law (and eventual court case) caused by City Hall officials to bring the next-door White Chesterfield County suburb into the city's lines as a response to the almost predominant Black population and rescinding White population only adds fuel to the town's central fire: school desegregation and the upcoming 1970 election that can put the political reign, City Hall council, into the Black people's hands.

What's more, Tammy also returns to her inhibited role, starting with the bridal fitting she reluctantly attends for Big Sister (That's Alice according to Tammy's Rolex-donning, men's suit dressing age-old friend Sally). And at that very event (amidst her struggle to write the pages of her debut novel and Sally's struggle to get her out of more than her house and into secret nighttime hangouts with her despite the reality of bar raids, arrests, and day-after newspaper outings), she meets her most immense tension beyond the city's own: the revered, popular, gorgeous seamstress, Joyce "Joy" Lowry. Alice's college best friend.

Though distant in age and initial conversation (for very obvious reasons), their magnetic bond soon makes them grow near for the better: Tammy, finally beginning the story she's been trying to tell, in the pages and beyond; Joy, finally conquering her fear of pursuing her higher fashion dream. And for the worse: raised suspicions from the town, Joy's clients, Tammy's boss (VJ radio king/VJ mogul Jeffrey Donaldson who has a lot of eyes on him and a lot to lose), and Alice who has a lot of influence and power to make the two women pay.

This Southern summer in this City by the River only continues to heat up...before it all boils over...