On Thin Ice: The Story and Diary of a Male Anorexic (Paperback) 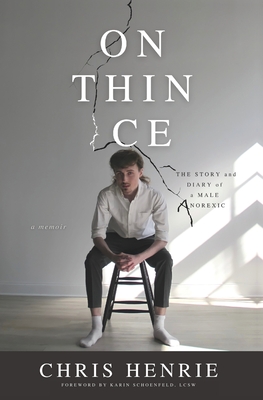 On Thin Ice: The Story and Diary of a Male Anorexic (Paperback)

Standing over six feet tall and just over one hundred pounds, fifteen-year-old Chris Henrie wasn't expected to make it to his next birthday. To his family, however, Chris's physique was merely a part of who he was-nothing more, nothing less. What was thought to be a harmless piece of Chris's identity gradually became a symptom of something entirely new-a diagnosis of anorexia nervosa that was taking control of Chris's life more and more by the day. Trapped by his disorder, Chris struggles to abandon his obsession with food restriction and his quest to maintain the only life he learned to value.

A memoir composed primarily of diary entries written in an eating disorder inpatient hospitalization program, On Thin Ice: The Story and Diary of a Male Anorexic narrates the intimate and authentic story of a teenage boy fighting for his life against the tight grip of anorexia. Both a harrowing and perceptive tale of self-discovery, friendship, and the strength of the human spirit, On Thin Ice lends a voice to the millions of individuals around the world who suffer from an eating disorder and grants readers a glimpse into the day-to-day challenges of beginning recovery.