A Crown of Chains (Hardcover) 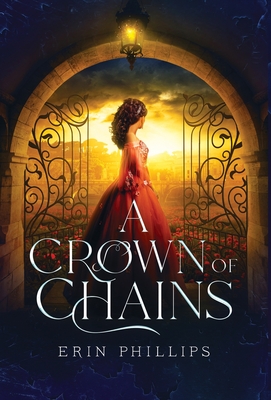 A Crown of Chains (Hardcover)

Becoming queen is not the end of a fairytale; it is the beginning of a nightmare.

When the queen is exiled, every beautiful young woman in Florencia is forced to become kingsmaids-royal concubines-but one lucky girl from those gathered will be chosen as queen.

Or maybe not so lucky.

Roxana Willows, a wingless fairy with the rare ability to read minds, has seen King Frederick's cruelty in the stories her uncle tells, and fears that the only thing worse than being a kingsmaid is being the king's wife. While her heart already belongs to another, she feels obligated to obey her uncle when he tells her to hide her heritage as a fairy in hopes of being chosen as queen.

But becoming queen is the last thing Roxana wants, and it will cost her everything...

A Crown of Chains is a fantasy retelling of the Biblical story of Queen Esther, with fresh twists based on the original context that is sure to thrill in this timeless tale of miracles in the midst of forgotten faith. Filled with political intrigue, forbidden romance, and dire stakes, A Crown of Chains is perfect for fans of Red Queen, The Selection, and The Cruel Prince.