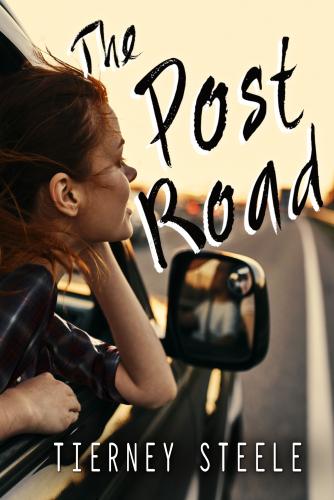 "Mully" is headed across the country to fulfill her dreams... but hadn't thought through how much she would be leaving behind.

Ana and AJ are moving to New York City together tomorrow... if their relationship can survive one more night in Norford.

Trin is staying in their hometown... and is about to find out that being left behind is her best chance to show the world who she really is.

Older siblings are cruising on the main drag. Former rivals are hogging all the good booths at the diner. And the Class of '00 is moving on from their childhood-after one more night on the Post Road.

The debut novel from Tierney Steele is a coming of age story full of complex characters: teenagers on the cusp of leaving their hometown for the first time, facing their college years on their own. In one crazy night, they learn about themselves and each other. A story that can be enjoyed by young adults who recognize themselves and by adults who recognize the world of the late 1990s, The Post Road welcomes its readers to hop in the car and turn up the music.